Facades vs. Rejection, Art, and the Philosophy of Japanese Pottery 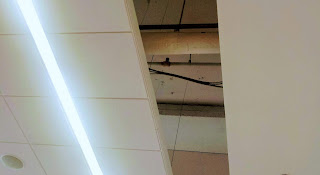 Jason Horejs blogged about How to Deal With Rejection as You Seek Gallery Representation. He reminds us what we all know: a "no" is not a red mark on your overall brand. Sometimes it's a "not here" and sometimes it's a "not right now." He advises that it's good to review what you're putting out, but don't assume a full revision is required. "Force  yourself to keep going," he says. He's right.


There are many ways to increase your odds for success and reduce the likelihood of rejection (may I humbly suggest reading or rereading “Starving” to Successful), but some level of rejection is inevitable.

All the same tenets hold true when connecting with actual humans. There's a formality involved that I can't always navigate. I'm a huge fan of politeness but also of transparency, and integrity above all else. If someone asks me a question, I default to "honest", no matter what protocol is expected. Maybe "not here," or maybe "not right now" is the way I should take this rejection, too.

Facades are expected protocol in our society, like intangible business cards letting people know what to expect. I review the front I put out, which is pretty basically all of me, and I wonder if people back away because they think it's the tip of the iceberg. I feel motivations assigned to me which are inaccurate, as if something ominous should be under the surface. Grifters and charlatans make use of politeness to manipulate their marks. Is my genuine interest viewed with suspicion, or is it actually not interesting? Am I worrying too much about what will happen if I present as the norm?

I like decay: crumbling bricks, barn doors with peeling paint, stumps with weeds growing out of the crevices. Flawless exteriors are what put me on guard, not cracks in the facade. The discipline behind kintsukoroi is deeply important to me. What makes art is the graceful flaw, every time.

I don't know that I have the strength to carefully craft a socially-acceptable facade and ease myself into popular favor. I don't think my crazy is dangerous or untenable. I don't want to waste the time of others (or myself) if they're going to back out later. I'm a petty pragmatist, I guess. But I crave collaboration more than anything else; I want to be like Erdős and have people brag about their Deb Numbers. Finding the right time and venue will matter in helping me reach my goal.

An offer of friendship rejected feels much more personal than rejection of a business proposal, but I think they're the same, especially when the art is imbued with your personality. Friendship is a sort of business proposal, isn't it? An agreement on terms? Don't be afraid to leave things on the table and step back if negotiations are rocky. Make it a hard no* in cases of danger or imminent bloodshed (unless it's a Klingon wedding.)

You can't tell other people what they're ready to accept; knowing never makes it easy.

What Japanese Pottery Can Teach Us About Feeling Flawed
I feel this, all the way through my soul to the other side of the universe.