Showing posts from July, 2020
Show all

On Slop in Genre: A Letter to All Industries 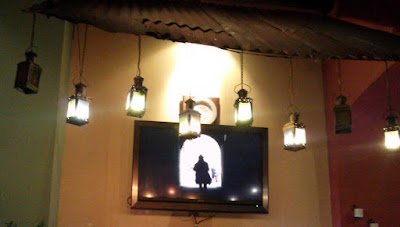 Tantra, San Juan PR, is now closed. Fusion is perhaps the greatest love of my life - right next to Tamarindo and letterpress chapbooks . By fusion I mean the fuzzy area where any two things collide: Asia and Europe, death metal and bluegrass , Latino-Indian cuisine (it is hard to find; you should seek it out.) Intercultural marriages. Family dynamics. Psychology, both ab- and normal. I realized something today which I think is hilarious: I understand the concept of genre as pertains to music (I create for myself a great visual of record store bins) but when it comes to literature I'm flummoxed - or so I just said to my guitar player. She loves playing with my crazy brain. Mötörhead was formerly known as Hawkwind. Based on their name, Hawkwind got filed in the Country & Western section of the record store - I'm told sales were not so great*.  At the local level - local being me - occasionally I'll write something that I know is a country song. It first happened in 198
1 comment
Keep Going »
More posts