Pursuit of Happiness vs. Make-up Advice and Serial Killers 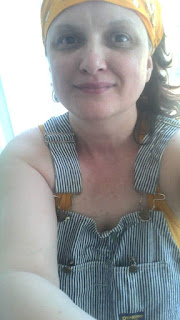 Patrice used to take a personal interest in my looks.

"You need concilla," she told me in her South Cackalacky accent.  I made her repeat the word a few times and finally spell it: C-O-N-C-E-A-L-E-R.  She had a point - my dark eyecircles are legendary.  Patrice was a beautiful woman, masterful with fashion, trying to help me out with the obvious.  Over time, though, I found an awkward trend to her advice.  One day she was adamant - adamant - that I should try parting my hair on the side.

"Just do it one time. You'll love it," she insisted.  She'd done her hair with a severe side-part. Obviously it would be good for me, too, because she liked me.

Understanding her motivation is exactly the kind of thought that plagues me for years, but I think I've finally sorted it:  Patrice felt an elation when she found herself beautiful with side-parted hair.  I think she was trying to recapture that elated feeling by replicating the action on me.

Sounds goofy, right?  But what's the one thing we've learned from Criminal Minds?  The killer tries to replicate the cathartic feeling of first kill by killing again, but it doesn't work.  His behaviour escalates as he (it's always a white male, aged 25-50, right?) feels unsatisfied.  Grisly death equates to hair and makeup as a conceptual skeleton.

We don't all murder to assuage restless dissatisfaction, but we know the gnawing, yeah?  It comes from different places for each of us.  Patrice had fashion.  I've got a friend who occasionally finds a guru and wants me to come share her newfound joy.  She isn't wrong, but I rarely enlist because my process is different.  I don't get shiny finding someone to follow; instead I dissect and see how the thing works.  My happy comes from disassembling a concept and putting it back together understood.  Like Hermann Hesse's Siddhartha, I'm not bowled over by the presence of the Buddha but I introduce myself.

There is no greater feeling than having successfully birthed a complete painting.  I get all excited and email photos of it to my closest friends; I post close-ups on social media to share my joy and reap compliments - but everything's not done at that point. The completed work needs a home and a purpose or its joy dies with me.  My ugly baby needs to attend finishing school and arrive at a debutante ball.  If it's one of the best girls, it will be sequestered away in someone's private home and never be seen again. Elation dissipates as I realise this isn't even a plateau.

We might actively repress our dreams and interests to avoid that irreconcilable feeling, that emptiness after catharsis.  I learned to identify hesitation this weekend - battle half won.  Now I need to learn how to harness avoidance, make it work for me.  Does that make sense?

If you're surprised I never knew this, get in line behind me. I'm just pleased that I'll never resort to serial murder in grappling that restless pursuit of happiness...no, satisfaction. I know there's no resolution, so I'll keep the wheel turning and learn to be satisfied with that. 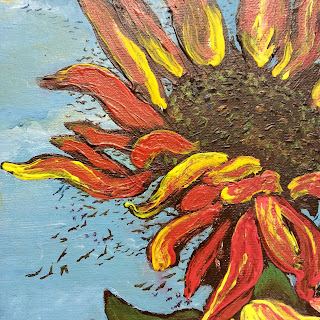 Hooked on Homicide - Psychology Today
Why does that work like that, exactly? Do we know?