Showing posts from May, 2021
Show all

PEMDAS, the Ship's Accountant - A Fairytale. 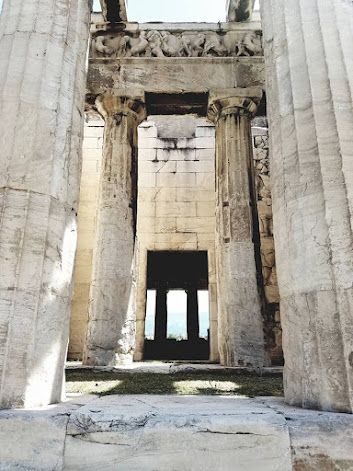 photo by Masreth Fatima P EMDAS was a sailor, or he wanted to be...in truth he wasn't a good candidate as he  had one short leg and wasn't older than 12 years. His mother sewed him excellent suits and sent him to the grammaticus for tutelage in exchange for her tailoring skills.  She never told her son that his father was Poseidon, whom she'd met once in the agora. The old god was drunk on mead and didn't seem very godlike at the time, or maybe his swagger was from lack of familiarity with solid land, not so much intoxication. He was alluring, whatever the cause, and she succumbed to his allure on a pile greens and potato peels behind stacks of chicken crates. "You're so smart, and so smart," she'd joke with her son, who also swaggered a bit due to his leg. "The grammaticus is very impressed with your mental acuity. And you have the best suits! One day you'll be accountant for a senator!" Pemdas did not want to be an accountant; he'd
1 comment
Keep Going »

By débora Ewing 10 May 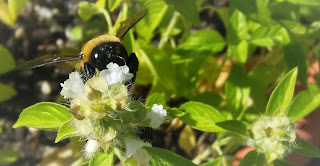 I received an email invitation to Zoom with a new client just as I was about to mow the lawn. Instead of responding, I went on outside. She might not be thrilled to know that I chose yard work over speaking with her. But she does know that mowing is something I do to offset rent, and more importantly for catharsis. Mowing allows my brain some creative free roaming. I write blog posts while the catbirds give me dirty looks.  With deference to our bee friends, I mow around wildflowers, but not all of them. I have to gauge effort vs. expediency – how many extra steps will preserve how many blossoms for how many bees? When I make these decisions, I strive for balance. I’m lousy as a capitalist, because I keep shucking something to the little guy. That bee isn’t giving me any honey; I just want us all to win.  Bigger entities than myself make similar decisions every day:  Choosing where to draw state lines or voting districts Choosing whom to feed Choosing whom to vaccinate I know what’
Post a Comment
Keep Going »
More posts