By débora Ewing 17 May 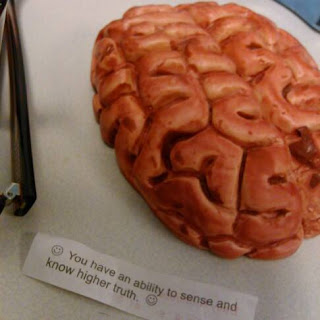 As she digested any information she could reach through our devices, ProTAI’s vocabulary propagated. I considered how much her personality reflected us.

YOU COULD LUG MY GUTS INTO THE NEIGHBOR ROOM

“No, I could not,” I spoke, then called out: “Hey, Lee? She’s misquoting Shakespeare. This is your fault.”

Lee emerged from the break-room with a mug of tea, and shrugged.

“I don’t think she’s getting over it.  Let her see the vending machine.” Lee smirked over her mug with devilment. Like a date? Was Lee empathizing? Was I over-protective? My thoughts horrified me.

“She can’t see it. She doesn’t have eyes,” I blurted. ProTAI changed shape just slightly; she’d heard me point out her handicap. I rubbed my head, wanting to backpedal. What would I say to my wife if I’d put my foot in it?

Lee rescued me. “We could set up a camera in there, or just use your Nano.”

“I used my Nano. She said it was insufficient.”

Lee looked up at me suddenly; she’d gotten the same text. My Nano jiggled - a drawing application opened.

“SketchApp?” I mouthed to Lee; she nodded as she brought her device eye-level.
We both watched the app sketch a spoked wheel.

“Baby wants a car,” murmured Lee, not laughing.
“Evolving,” I responded. “Call Sperling - he needs to quit hiding.”
ProTAI stopped asking for wheels once we set her up with a monitor to observe the vending machine and anyone who interacted with it. We hardwired the connection to thwart the capabilities of her short-range wireless access. For now, she needed us to communicate her wishes with her friend. She could only trigger our personal devices within a few yards of her container, but she was growing. We set up a digipanel display on which she could address all of us at once. Sometimes she chose to use it.

On Monday last, I received a text from ProTAI:

I turned apprehensively toward the tank. As I watched, a bulbous formation rose from the A.I.’s mass. She pinged the digipanel:

I was not comfortable with the artificial intelligence issuing directives, yet I eased toward the access panel and positioned the pincer arm over her new protrusion. The lump extended a spindle, and the digipanel displayed:

Using the pincer arm, I gripped the delicate spindle; ProTAI released it with a dramatic shimmy. I dropped the tiny sliver into a petri dish like we did with her other samples – the ones we’d taken. This was the first she’d volunteered.

“Impressive,” I mused, carrying the dish to the microscope station.

ProTAI was on a first-name basis with Lee these days. I grunted.

I slid the dish onto the stage plate under the stereoscope’s lens. The scope autodialed – spindle turned out to be the correct term. I texted Lee:

ProTAI’s sample was her base matter with a tidy array of spindle clusters spiraling around its surface. The neurons looked like bare trees reaching toward the sky. Involuntarily I wiped my forehead with my sleeve; I must have been sweating.

I went to the hallway when Lee called me back; the break-room didn’t feel private enough.
“What the heck?” Lee wasn’t shrieking, but her voice was strained. “You in the break-room?”
“Out in the hall.”

“You sure?” I pictured Lee’s eyes wide, whites visible around the irises, her trademark outrage-face.

“Under the stereoscope. Remarkable. How are we gonna do this?” I used Sperling’s phrase.
“I’m coming in,” she barked. “Call him.” We’d agreed to present as unified parents any time our baby broke new ground.

“Bring beer,” I quipped. The Nano squawked as Lee hung up on me. She blew into the foyer twenty minutes later, without beer, streaming curse-words in a high-pitched voice as the doors swung open.

Sperling straggled in behind her, eyes sagging; his clothes looked slept-in. He smelled like old pizza.

“How are we gonna do this?” he coughed.