Flash Fiction - End of the World 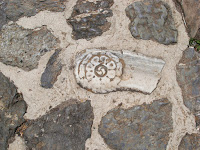 Our children have left us for the cities.

We Nenets have migrated across Yamal Peninsula for generations. We take care to not disturb the beings that live around us.

Yamal means End of the World. All the way to Kara Sea there are low shrubs and wind-stripped birches. There are bogs, lichen, howling winds, reindeer, and us. We move north in summer so our reindeer can graze on fresh pastures. We return south when the Ob River freezes over.

I have given birth to three sons; one died an infant and two went to the city.

Once they were no longer afraid of the Communists, our children gave up herding reindeer for what they called civilization. They went to universities to learn other words than those we taught them. They speak Russian and no longer regard the spirits. My sons think I am simple because I follow reindeer with my sledge. I know other words, city words. I have no use for them.

Cities have terrible stories. Our Nenets children are bewitched by bright lights, foreigners, and alcohol. They leave us and live among people who know nothing of reindeer. They get lost without the cycles and rhythms of the tundra. Our children become unstable, depressed and ashamed to return as Nenets.

One of my sons came to Yamal for a season, and went back to the city. The youngest I never saw again.

Land is everything to us. The land belongs to our reindeer. We all belong to the earth.

The reindeer give us their skins to cover the choom where we sleep; their tendons make ropes; we carve tools and build sledge parts from their bones. Each Nenets is dedicated a sacred reindeer which must roam free until the end of its days, unfettered, not sacrificed for its flesh. This is our tradition. Our children don’t recognize their reindeer anymore.

Nenets children who come back from the city tell us to farm the reindeer, and sell the meat and hides. They don’t remember the Communist Sovkhoz collective farms. The Yamal Nenets kept our reindeer and sledges in those days.

Oil Company men come to us and explain how valuable the oil is that flows under our land. They tell us no less than thirty countries will buy oil from them.  Most of the oil will be used as gasoline for cars and fuel for the jets we see in the sky. The thirty countries will respect us, we are told, because we have what they need.

The Oil people say other companies will come like Brigadiers and put up fences to keep us out. They promise to let the reindeer run freely across the Bovanenkovskoye Field. They say they want to protect our heritage and let us migrate the way we always have.

Life is a process, not a thing to be weighed and priced.

Inside my choom I lie on a cot made from reindeer skins. Moonlight comes through the tent-flap; I see legs and then a shadow. The ghost of my ancestor appears to me. She holds a baby at her breast, and the baby cries. My ancestor explains without words that her breast milk has been poisoned. The veins of Mother Earth have been broken and the blood flows where it should not be flowing. The baby wails, and it accuses me with its eyes.

While the baby at her poisoned breast cries, my ancestor points through the open flap of my choom. I look outside.

Roaming across the tundra I see animals which never existed in my lifetime: enormous hairy beasts with tusks and trunks, one-horned horses, and parrots with fat beaks and green feathers.

My ancestor sits on the floor of the choom in front of me and leans close.  I can smell her greasy hair, her rotting teeth, her empty flesh. She has nothing left to sustain us. The baby stops wailing. It simply stares with its deep, bitter eyes.

“Soon it will be time to take down the choom,” my ancestor warns, “to pack the sledges and bring the reindeer across the Bovanenkovskoye Field. We had better pray that the Oil Company with their jeeps and clipboards haven’t dug trenches and put in great metal pipelines. We had better have a plan if there are men with hard-hats and guns and jackets labeled SECURITY.”

My ancestor rises above the floor, and puts her withered feet down upon it. I hear her skin rattle like paper when she moves. The baby at her poisoned breast heaves a sigh, and its head rolls back like a broken thing when she bends to exit the choom.

“Get ready,” she says, as she fades into the herd of reindeer. The reindeer which is mine limps after her. “Sharpen your knife. They will leave you here.” The door-flap falls and all is dark.

The flap of the choom opens again, and in comes the head of a man carrying a clipboard.

“Yeah, it’s empty,” he says. “Bunch of blankets and ashes and stuff. Cold in there.”

“There’s probably bones in there.” I hear a second voice outside the choom. “Door’s facing the wrong way, away from the sun. It’s a grave tent. They just leave the old people.”

“Wow.” The head and clipboard disappear, and footsteps crunch across the cold grass.

Our migration is more permanent than the countries who will pay for the earth-blood under our land. I try to tell the Oil Company men that all things belong to Mother Earth, and she is withering.

I don’t think they can hear me.