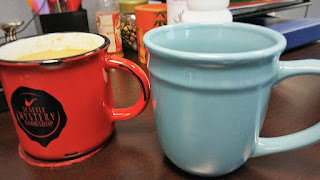 I miss being in love...and by this I don't mean being enamoured with another person like I am with my boyfriend Edgar Ramirez or Scarlett Johanssen's arse (that doesn't make me gay; it makes me human).  I miss reciprocal love, the synergistic reaction that goes beyond mutual respect and mutual attraction.

In love, like in a hot tub, with another person who truly gets you and truly wants to be there.  I realise that there are people out there who haven't ever been in that hot tub, and I remember to count myself lucky.  Is it really better, though, to have loved and lost than never to have loved at all?  Can I remove from history the person who came up with that misleading one-liner?

I did have that love, and he died, and we broke up before he died.  I broke up with a brain tumor; it was complicated. But he remains, through many subsequent crash-landings, the one person who accepted me for what I was:  all my brilliance, stellar decision-making, and hot-mess arrogance.  I don't hold out hope that it can happen again, yet I do.   And I mostly don't think about it, but once in a while in a quiet moment, the memory gently taps on my shoulder.

If you have loved and lost, you know what I mean.

I've had several excellent affairs in my own mind, having found it's less messy that way.  I know enough about human nature to complete the entire cycle from steamy sex to ultimate demise without even letting on to the other person, because why bother?  No need to actually get in the hot tub - someone's going to have to clean up after.

I just break up with everybody before the dating starts.  My second husband is really going to be surprised if I run into him again, because I'll tell him about our imaginary marriage:  we divorced due to religious differences (he was born Muslim but tries to convert everyone to atheism) and also he smoked too much.  In real life, I don't even know if he smokes. He's a smart guy and he'll get it - maybe even laugh. You see?

So now you know me better, and when someone manages to blindside me (because as vain as I am it is bound to happen) I'll broadcast the full train-wreck here in live time, and you can laugh like I will.
Reactions: