Learning How to Be Wrong (Also Happy Birthday, Baby Yaya) 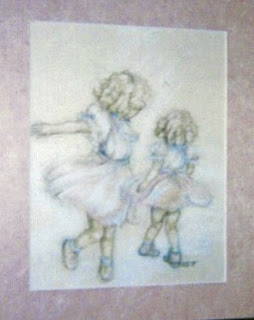 I got into playground arguments over truth as early as first grade. I read a lot of books and I had pretty good recall - still do.  If I see something in print, good chance I'll remember most of it. So I was prepared to defend my knowledge, to the death if necessary, out among the chain-swings.

I can't say with certainty that I'd fight for the same truths I defended back then. Kipling still wrote Toomai of the Elephants; yet Pluto did a stint as Not-a-Planet not that long ago. Thanks to other intelligent and searching people in the world, science continues to make advancements. Truth doesn't change, but what we know of it does.

There are many ways to be wrong. When I started writing this post I was going after How to Cop to Having Been Incorrect, because that's like the seventh layer of adulting. On the grand scale of how to be wrong, though, it would serve us well to have several options in the toolbox.
A major way to be wrong involves things you did to yourself. Sometimes you wake up and realise that where you are now has got nothing to do with where you wanted to be - literally or allegorically.
You got here through a series of decisions made by you - clearly some of them were wrong.
Sex Education was mandatory in 5th grade when I was a kid. My sixth grade class was split - half the students were in 5th grade so, when Sex Ed week came up we had the opportunity to take it again voluntarily. I stayed in the library until that got boring, and then I attended a couple days of Sex Ed just to hear talking.  It was explained both times unequivocally that pregnancy is caused by sex, and that masturbation was a healthier alternative to a lot of things. Yep, really.

When I got pregnant, I knew how that happened. I understood it was my job to safely escort this new person into the world, that I would have to make more careful decisions because it wasn't all about me any more. I still made many stupid decisions, but we survived, yeah?  We will survive the ones we make going forward, too. Alia herself made the decision to be born at 29 weeks, 2 months early, making  her a Leo instead of a Virgo. She kind of claims both.