And That's Why I can't Go to the Library 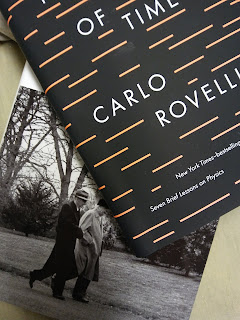 It all started with a bottle cap.

In those days I worked at the Holiday Inn on Sprinkle Road. I used to meet coworkers at Bell's Brewery about once a month; we called it a Front Desk Meeting even though I worked in housekeeping at the time.  Tim could no longer work or play guitar, so he spent a lot of time watching TV.  He'd usually have thoughtful questions for me by the time I got home.  This is how I could tell what he'd been watching.

"If you could take any person out of history - and it can't be someone easy, like Hitler - who would it be?" He looked at me placidly, waiting for an answer.

"Just a second," I said, looking at my hands still full of things brought in from the car. "I have to think. Any other clues?"  His face remained static so I went to the kitchen and put things down. I heard him respond from around the corner.

"For me, it would be the guy who invented bottle caps." So it was the History Channel. As I came back into his view, he continued. "Because basically he invented garbage. The whole concept of disposable."

At the next Front Desk Meeting, I brought up the question for my comrades to answer; I explained Tim's bottle cap theory. By the time we got around the table to Rich, his face was all screwed up and he was emitting hostility. He was pressing on the table so hard that he rose slightly from his chair.

"You guys won't get it," he finally blurted, "but it's Arnold Schönberg!" He sat back, deflated. We all looked at each other.

"I know he's a composer, but I don't know his music offhand," I offered. "What did he do to you?" Rich just shook his head. He was a music major at CMU and was clearly vexed by his studies.

"Nevermind. I just have this assignment..."  We politely moved on to the next team member. But I resolved to learn the cause of Rich's vexation, even if he wouldn't tell it.

I went to the college library and found a single shelf of books about composers. Schönberg was known, according to the book, for taking a mathematical approach to composition.  Sounded yucky...OH, BUT LOOK what's next to Schönberg's book:

Testimony: The Memoirs of Dmitri Shostakovich. I checked that one out of the library.  And I read it raptly.

Here is where I learned about Stalin's project of moving All The Best into Moscow for easy access; this meant moving the citizens of Moscow's best apartments elsewhere (often into an apartment with another family or two) so the musicians, artists, writers, and poets could be housed there.  And I learned that they all lived "with a suitcase packed," in case someone called in the middle of the night to let them know Stalin was publishing an article about them tomorrow and it didn't look favorable. I learned that Shosty was a voracious reader of literature, a fan of satire, and a lover of the heart of the Jewish people.  He admired how they could find joy at the same time as so much sorrow.  This is something I completely understand.

I next had to read all the authors that Shostakovich mentioned: Akhmatova, Solzhenitsyn, Ilf and Petrov.  I learned there was rumour of plagiarism around this book by Volkov, and so I had to research not only the rumour but also the truth about Stalinist Era Russia.  I learned that Trotsky spent his exile in Mexico.

I learned in Heather's living-room that while he was in Mexico, Trotsky was sleeping with Frida Kahlo.  Heather had a copy of Frida's diary, and thought it was pretty damn funny that I never knew. Heather wouldn't let me take the book out of her living-room; we went to college together, so she was wise to my ways.  I make sure to always own a copy of the diary myself.

Of course it took some time to get through all this reading.  The due date to return Testimony came and went, as did several reminders.  Finally I ended up paying $70 to obtain a copy of my official transcript.  I never did return Testimony.

And that's why I just buy all the books. Libraries keep expecting you to return them.

Further Reading (for me):
Ilf & Petrov's American Roadtrip
Folks, I did  not know about this until I researched for this blog post.  The Golden Calf is what I started with back in the day.  I'm about to order the Road Trip, though - you should, too, and we'll talk about it later.

The Shotsakovich Wars: Fresh Evidence for Testimony's Truth
Who doesn't love High Art Petty Drama?  A link to the book is in the article.  Let's read that one, too.

Frida's Fiestas: Recipes and Reminiscences of Life With Frida Kahlo
Here's another gem I just found out about right now.  Yep, definitely not looking for it at the library.
Reactions: