On Sticking With It - Do That, Yes. 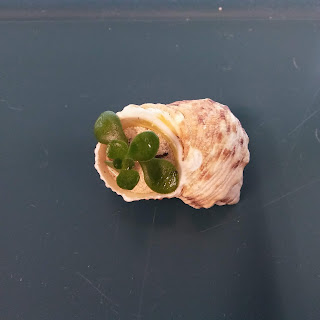 Here's the secret to my productivity:  almost every blog post starts as an email to someone who is kind enough to tolerate my wordvomit.  I love you guys.

Sometimes my emails spill over from one Venn circle to the next, and I wind up filtering ideas through friends who don't know each other. The following wisdom was spawned thus:


"...I wrote it because I felt like I shouldn't, and so I stuck with it until it honestly felt constructive. " - Jim McCormick

I feel like I should tattoo this on my thigh, though I probably will opt for a raven instead.

You know that nagging from between your ears; I know you do.  That moment of hesitation when you aren't really sure if you're on track, whether your thought is being translated clearly from subconscious to masterpiece.  You aren't sure if you're gonna piss somebody off.

Forget about that last one. Completely disregard it.  Repeat after me:  someone else's piss is not your problem.

Whether they have constructive criticism is something different; they might.  Or they might just not be able to see your vision.  Maybe you need to focus on translation.  You want your message to come across to the appropriate audience, but you do not need to heed the knee-jerk that has its roots in bullying.

Believe in your strength and keep wrestling until it looks like what you meant.  Give yourself permission to fall on your tuchas; bruises prove you tried.

If it feels like you shouldn't, stick with it until you're sure.  You will be, eventually.
Reactions: