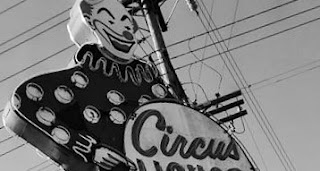 Ian’s place has a washer and dryer but I don’t use them. I’m paranoid about breaking anything; also, I’ve gotten used to my laundry routine. This neighborhood is perfect for my laundry routine:  the ‘mat is only four blocks away, there’s a bar adjacent with good booze, and a tamale lady comes in on Wednesdays.

I’ve made tamales before (singular tamal) - it's a simpl-ish process that takes years of practice to master. I don't have years of practice. They came out decently exactly once, and then I found my efforts were better placed in finding out where the tamale ladies (sometimes guys) set up shop. You can often find a route between laundromats and grocery store parking lots, depending on how well the city polices vendors. Often the vendors are suspicious and you might not get to make a purchase until you’re well established as a neighbor. It took several weeks of doing laundry at the same place and approaching regulars with necesito tamales before I got the nod – a literal nod – old guy in the plastic chair toward the lady, who pretended not to see it. But when I came closer, she looked up and said:

“Cuanto?”
“Six,” I whispered, because I cannot pronounce seis in any way a Spanish speaker can identify.
“Ten dollars.” She tipped her chin upward and gave me a Lee Van Cleef stare while we completed our transaction. That was the first time.
I think she lives down the street from Ian, or at least has watched me come back here, because she now stops out front on Wednesdays just before school lets out. I meet her at the gate, cash in hand.
“Ten dollars,” she says, and we conduct our business over the wall. I have no idea if this is the going rate or an upcharge because I'm Gringa; I don’t care. On the East Coast, everyone’s centroamericanos and wrap tamales in banana leaf. I just really prefer the texture and flavour that comes from steaming in corn husk.
For the last three days, there have been Jehovah’s witnesses at Ian’s door. I never answer, because he’s not here and any visitor wouldn’t be for me. Rarely does anyone knock other than Phil, and other than Phil everyone goes away. I was guessing they were Jehovah’s witnesses by their dress: two young men with slicked-back hair, white shirts, black ties, dress slacks and shoes.
On the third day, they returned with a woman. She was lithe, elegant, long black hair and long black dress; her make-up was immaculate and her knock sounded like a police raid. I actually went in the bathroom, combed my hair, and put on pants and lipstick before talking to her. Let me clarify - I was wearing my “painting uniform” of baggy shorts and inside-out tee shirt. I do not go around Ian’s house pantsless, even if nobody else is there. She was peering in the window beside the door. I turned the knob, wishing I’d put on a bra.
“I’m sorry, the owner isn’t in,” I said through a plastic, lipsticked smile. The two young men looked at each other behind the lady, whose plastic smile snapped shut and then opened again.
“Where is William, please? We’re his cousins, from Mexico. We’d like to see him.” Her smile snapped shut again, and I swear the two youths slid backward a bit like they were on a camera trolley. I definitely wished I’d put on a bra. William? Oh, Ian - I'd seen that name on his mail.
“Hi, I’m Libby; I’m house-sitting. He’s traveling.” I extended my hand; the woman pursed her lips like she was pointing into the room behind me, then looked back into my face and plastic-smiled again. I dropped my hand and continued: “I don’t usually let anyone in; I mean, usually nobody comes over, you know?” My giggle was not convincing. She pursed her lips again. Her face remained flawless; her mouth didn’t wrinkle at all. Skipping birthday celebrations might have some usefulness, I thought.
“May we come in, please?” Her hand extended past me and touched the door – just that, waiting for me to grant access. Like vampires. I stepped back and invited them in with a gesture. The three seemed to move in unison. I kept thinking about the octopus under the rug under their feet.
“I don’t know where he’s at right now, to be honest. Memphis, maybe?” I cajoled. The woman showed her teeth; her eyes were death-cold clichés boring through me. I needed to be compliant. “Okay…I’ve got a number for him, hang on.”
While I looked for Ian’s number in my phone, William’s visitor turned slow circles, looking for any sign of transgression dripping from the walls. I got his voicemail.
“Hey, Ian, uh, it’s Libby, your House-sitter?” I emphasized that last bit, then mouthed ‘voicemail’ at her. “Your cousins are here from Mexico, um…” I looked up at the lady.
“I am Claudia,” she said. Her name walked off her tongue in stilettos - Cloud-yah.
“It’s Claudia and…” I spoke into my phone, rolling my eyes toward the two young men fidgeting.

“They are my brothers.”

“…and her brothers…” I waited.


“Joaquin and Carlos,” she spat out impatiently, and then saccharined. “May I have your phone, please?”


Honestly, she was more than a little scary. I repeated her brothers’ names and handed her my phone. She addressed William and launched into a tirade of Spanish. I thought about the transition from William to Ian – several letters and a lump gone missing.


She ended cheerfully, “Call me, primo.” Claudia hung up and handed my phone to me. She was smiling again, less predatory, more victorious. “How do you know our cousin? How long have you been living here?”
to be continued...
Reactions: