Things Which Are Not Mine To Carry, aka My Date With Satan 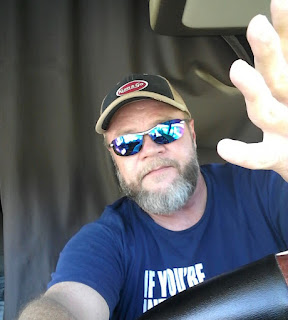 I felt the trepidation within minutes of finalising plans. It comes with the territory when you agree to meet Satan at a pool-hall after work, or anywhere.

Satan and I have a long and varied history. The first and last thing  you need to know is that he groks me, for better or worse. I do my best to reciprocate, but I've always told him there were things I didn't wanna know. We haven't had face-time since 2002.

Some of the water under the bridge is toxic. If I were to learn next month that I'm dying, though, would I regret a lost chance to hug Satan? Probably, yeah; so we're going in, Legion. I am sure in my skin and not afraid I'll do something I'll later regret. I challenged myself to demonstrate my new ArchetypeMe, show-not-tell.

Man, we sure could have made a mess in the old days; we made excellent messes. Not tonight, Satan. Not tonight.

Satan has a loyal streak that's Hell-deep. It took him nearly an hour to park his truck safely so he could come see me. Like regular people, we ordered beers and bitched about work. He related how the people at the loading dock told him he should learn Spanish.

"Y'all need to learn English! This is America!" he hollered.

I laugh-gasped. Surely not this guy in the Satan is My Sugar Daddy t-shirt. Does he need a MAGA hat? Well, he is gay but he is very Southern. And he hasn't been around me for over a decade so he mightn't know I think everyone should be familiar with at least two languages. I can fumble in Spanish, write in German, and help people in Signed English. And Americans don't speak English.

New Me wanted to be frank and take a stand on globalism, but I wasn't ready; I kept my soap-box in my pocket. It's easier to give that lecture to someone you've just met than to someone who knows you cook whole meals and then put them up to be leftovers without even fixing yourself a plate. Even if it's the people you've known your whole life who need to hear you say it.

Interim Me mindfully STFU. Me in my natural habitat won out as I used my limited Spanish to quasi-flirt with the bar-back from El Salvador. Show, not tell. I taught Satan how to say maricón, but he doesn't think he's going to need it. He enumerates his victims by religious affiliation.

"You gotta to marry a better gay man next time," Satan advised. That's legit. But I've already marked that one off my bucket list.

We ordered Salty Dogs; Sami made them with Tito's, knowing I can't drink from the well. And then we ordered several more - Satan's in a bigger glass and mine with less ice. I strained a hip muscle trying to dance. It is glorious getting old.

There are things which are not mine to carry. Some things used to be mine, or I liked acting like they were. It's just as awkward putting things down as it is carrying them for far too long; but I am learning to put them down with no regrets. It's extremely important to me that I am not putting down anything purely out of shame. I have to examine carefully and forgive myself first.

I'm still the ArchetypeMe who showed up at the airport wearing red nails and a slinky black maxi-dress, holding a sign that said SATAN. I'd still write poetry about ill-thought-out piercings. The ArchetypeMe who thought it was cool, maybe Jesus-like, to crash at indiscriminate dungeons is no longer part of my pantheon. It is okay to be older, less tolerant, more tired. I am Legion and we have lived a lot of lives.

The night was a good reminder of how we all devolve - and by this I mean to migrate from the lofty goals and assumptions of hale youth into what really works for us. You learn, by trial and error, what allows you peace and freedom. It is okay to let go.