We Are No Longer Other - Redefine America as a Teenage Girl 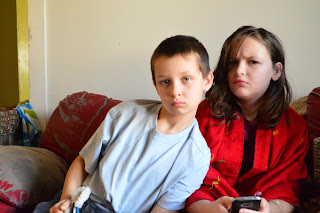 I watch all the foreign detective shows on Netflix (foreign here means with subtitles and not filmed in the U.S.) Since I was old enough to stay up and watch The NBC Mystery Movie I've been enthralled by the idea of resolution - questions answered, circle completed. I learned from TV detectives that it's a thing to make observations and calculate. My young brain was so happy. Columbo, Quincy M.E., and MacMillan and Wife were my childhood role models.

I make assumptions that the host culture's authentic nature is reflected in the narrative of my foreign detective shows. Right now I'm watching The Method, which is set in Moscow. I compare it to my Russian archetype which is mostly built from Stalinist-era literature and Ukrainian lifeguards - agreed that this is not a very stable archetype, but the TV show is fitting well enough within it.

Long ago I sought to identify White People culture in America. My friends who are not white people often use the pronoun "we" in ways my white friends and family never did. Usually my friends of nonwhite are using "we" to poke fun at their culture, and often the joke can also apply to white people. Sometimes I step in at that point; sometimes I don't. Human is human, even self-deprecation. We strive to be humble, yeah? We all get the -----itis after dinner.

"We" is a coping mechanism for Othering as well as a way of defining a culture. Black. Pakistani. Korean. Native American. Transgender. Agender. Baptist. Muslim. Iron Workers. We.

Everyone wants to belong to something, and when you are persistently told you don't belong you start looking for boundaries that you can control yourself. Sometimes the boundaries are handed to you at birth and are as natural as breathing, but they were probably set up generations ago as self-defense.

Apparently I'm not the only one who thought about White People Culture, because a spate of Redneck humour has arisen, and I can vouch for its validity. Also we now have Hick Hop, because white people who identify as Redneck truly love rap. Don't try to take it away from them, okay? Music is universal.

Rednecks do not represent all White Americans, but that's the nature of stereotypes. Here's what's important, though: White Americans do not represent all of the U.S.A., either. We are beyond melting-pot now; we are something fused together, growing up from the macadam. Nobody is asking you to let go of your identity, only to know that yours is one of many in the same space, and we are real.

America is in the process of reinventing itself. We have, in varying degrees of concensus, decided it is no longer tolerable to idolize heroes of the Civil War; we are still fighting over whether our women can bare their breasts in public for said breasts' biologically intended purposes. We're still deciding which laws apply to which races. On top of that, we're back to proving the world isn't flat.

That's a lot on the menu for a country that declared independence 242 years ago, but compared to China, Japan, Ethiopia, Turkey, and India (those are the easy ones) America is a teenage girl. Teenage girls are badass, but they need a solid community to help them thrive.

When you try to keep a teenage girl under control, she sneaks out the window and wreaks havoc. That is exactly what we have been doing for a long time, but we're gelling now, and it's exciting to watch. Our girl is growing up; let's try to reason with her without stealing her soul, okay?


It's going to be a long damn time before we see any resolution, but please let my brothers and sisters keep the faith. We will survive this, Liberty. We will grow up.

*Raw B Coleslaw suggested this track, and I think it should be our interim National Anthem until we figure out what's going on.

Yaknow, this really doesn't need an explanation.  These be our roots, kids. And they are still growing.
Reactions: